As you may know, we launched our new pet collection cards at this years January Top Drawer, which were very popular and added a fun and vibrant pop of colour to the stand. The new additions fit in with our existing Jenkins and friends cards and build on the collection perfectly! All of our new designs were carefully picked from pet photos sent in by you so that we had a variety and images that depicted the playful vibe we were looking for. We hope you like the new cards as much as we do! 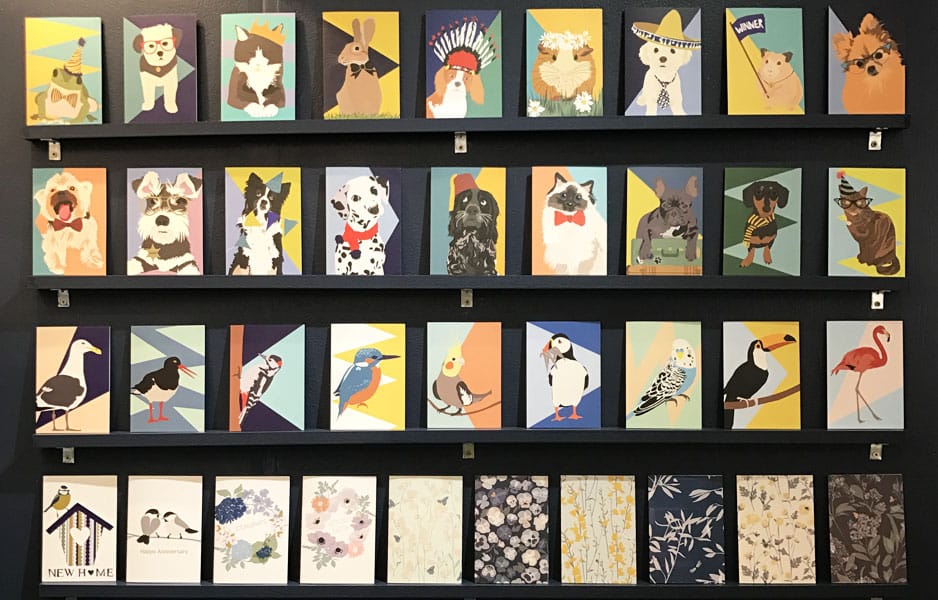 What better way to get to know the personalities behind the furry faces then a Q&A with their wonderful owners! Look out for a fun new series of posts over the next couple of weeks featuring Q&A’s with a selection of pet owners who’s pets feature in the new collection. This week we start with Kronk, a french bulldog that adds an air of sophistication to our card collection. He looks sleek and determined and is seen lounging on some suitcases, we think he is adorable! We wanted to say a special thank you to Debbie for sharing his story and also Kaisa Viljarand of Pawsome Pet Photos for letting us use some of her fab photos on our blog! 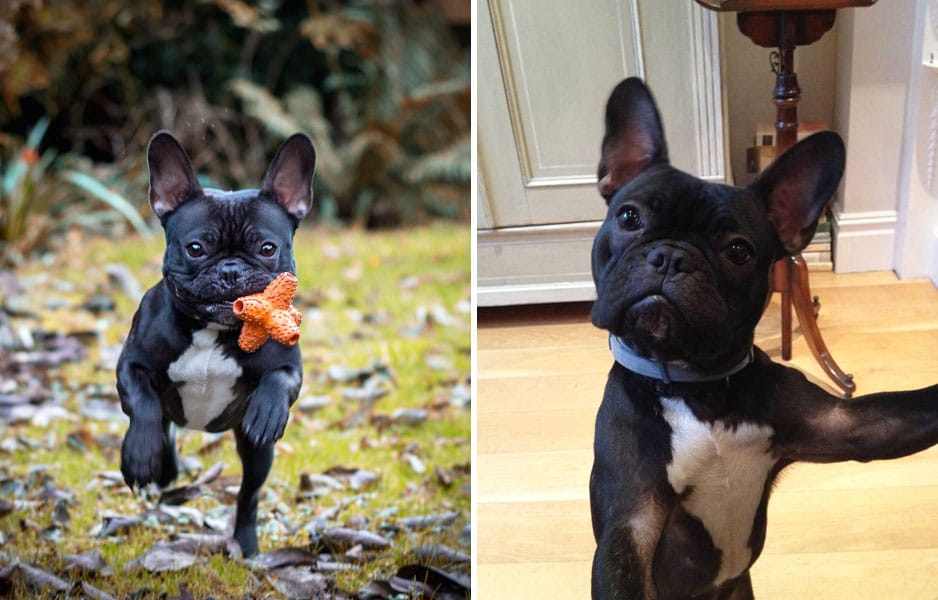 We ask owner Debbie Blott about herself and Kronk to gather some insight into this adorable pups personality and background.

Thank you for letting us make Kronk part of the new pets collection. What made you want to get involved in the Pet collection cards project?

I wanted to get involved in the new pets collection because I adore Lorna’s designs almost as much as I adore Kronk and so the chance to bring the two together was not to be missed.

Your pet is called Kronk where did their name come from?

He is the baddie in The Emperor’s New Groove, named by my daughter Ellie.

Kronk has a huge personality. He is full of energy, very affectionate and strong willed. He thinks he will be a black Labrador when he grows up and likes to play with all the other big dogs. His best friend is Nelson, a Rhodesian Ridgeback.

Does Kronk have a bad habit?

Ball stealing. He can sniff out a football, netball or hockey match from an incredible distance and that can be very embarrassing. Once he has a ball he is not going to give it back. Not for anybody. Not even a team of anybody.

Whats the silliest thing Kronk has ever done?

Kronk is a lot of fun but not really silly.

Does Kronk ever dress up? If so, do you have any pictures?

Kronk always dresses for Christmas. This year he was an elf.

What’s the smartest thing Kronk has ever done?

He is as intelligent as any French Bulldog, but I am not sure that I will be putting him forward for any prizes in that department. Sniffing is what he is best at. Sniffing and snoring.

How does Kronk chill out?

Kronk is not a morning person. He is either on or off. There is nothing in-between. Getting him up can be a challenge and quietening him down impossible.

After seeing the card, do you think we’ve captured him well?

You have definitely captured his personality – he is a very determined French Bulldog and doesn’t like to miss anything.

Thank you Debbie, you can see how Kronk really doesn’t like to miss a thing, here is supervising the installation of Debbie’s blinds made with the Long tailed tit fabric! 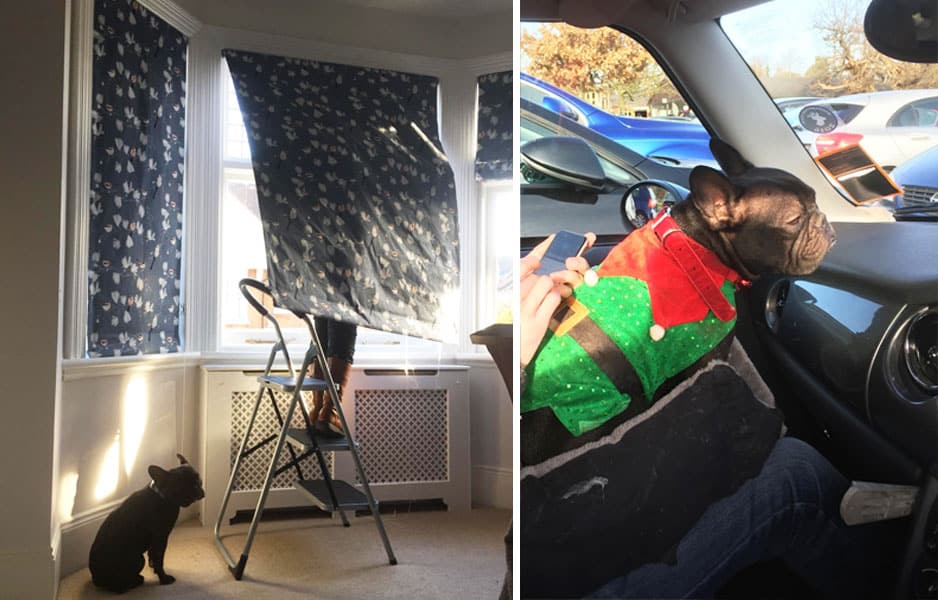 We think Kronk looks incredibly playful and mischievous, look out for the launch of the new cards onto the website this summer where they will be available for purchase!