Our second Pet Q&A feature is with Sparky, a gorgeous Cavalier King Charles Spaniel. Sparky makes a wonderful addition to our collection and is featured on the card wearing a feather headpiece giving him a tribal twist and making him great for a celebration card. We think we have captured Sparky’s personality perfectly. We caught up with owner Carlie Ng to find out more about this adorable ball of fur! 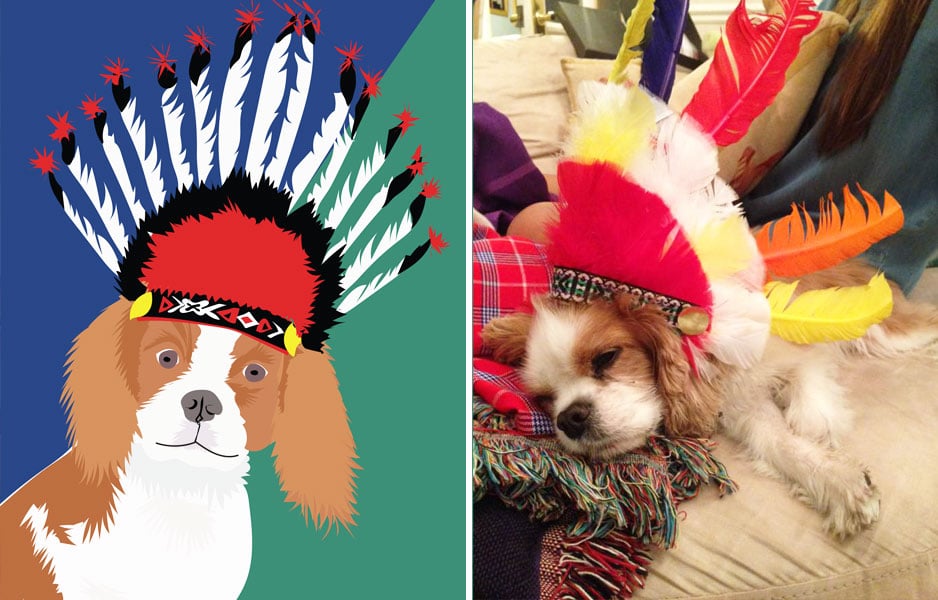 The image behind the card

Thank you for letting us make Sparky part of the new pets collection. What made you want to get involved in the Pet collection cards project?

Your pet is called Sparky where did their name come from?

Sparky’s fur creates a natural mohawk on the top of his head, so when I was 14 I wanted to call him Spiky. But the name was too aggressive for this sweet pooch, so we gave him a softer sounding name, Sparky.

When did you decide to get Sparky, is he a rescue or did he come from a breeder?

Sparky is a pure bred Cavalier King Charles Spaniel, my parents finally caved after years of begging for a dog that was mine. We have had a couple CKC in the past and knew they made fantastic house pets with an excellent temperament.

Sparky is a big old softy! He’s not much of a dog as a cat, he loves to snuggle, nuzzle and follow you around the house instead of playing dog games. He’s also very gentle and super friendly, and is very patient with children that pull on his ears.

Does Sparky have a bad habit?

Sparky is super cheeky. For example, he loves to dash out of the house if you leave the door even slightly open because he wants you to chase him. However if you let him out with arms wide open, he won’t.

Whats the silliest thing Sparky has ever done?

When he was younger, we had take out on the dining table. When no one was looking he jumped up and gnawed at the four corners of the plastic container to only just eat the duck, not rice. We even struggle to open these plastic boxes. 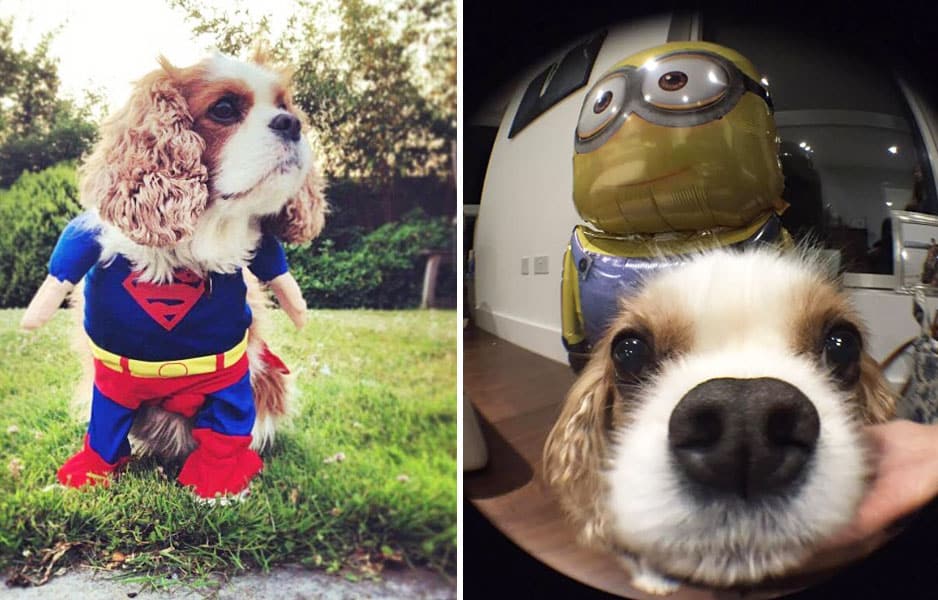 Sparky dressed up in his superman costume and looking rather silly through a fish eye lens!

Does Sparky ever dress up? If so, do you have any pictures?

We dress him up for Christmas for sure. When he was One, I bought a Christmas outfit for a 3 month old baby girl..he still fits in it today. He has a few snazzy Christmas jumpers now and a superman costume that comes with a cape. For my brothers wedding, I also bought him a handmade tux collar to match the groomsmen.

What’s the smartest thing Sparky has ever done?

How does Sparky chill out?

After seeing the card, do you think we’ve captured him well?

I love the card!!! it really captures how fluffy and soft his fur is, and how it malts on everything. His cheeky expression also says it all in the silly red indian hat 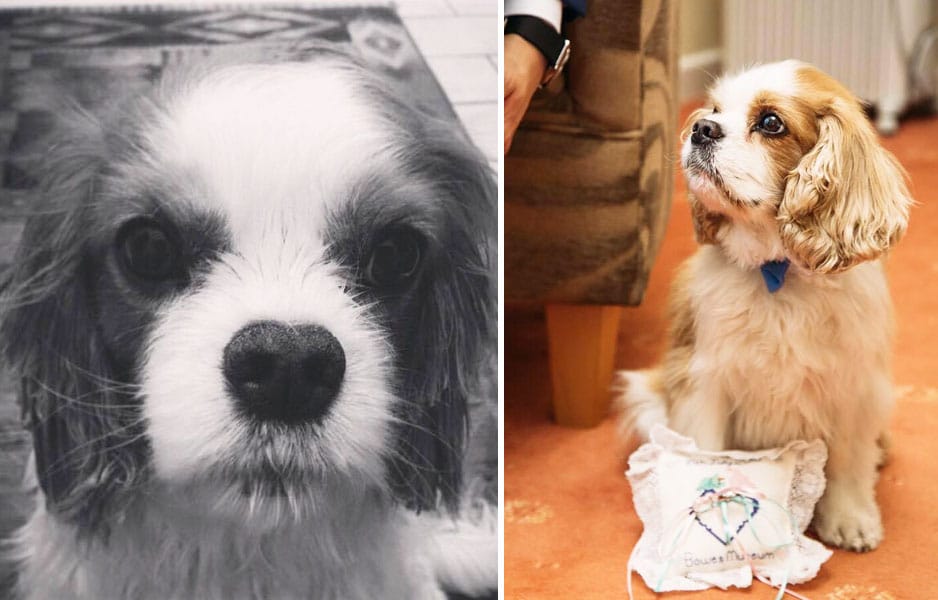 Check out our previous Pet Q&A with Kronk’s owner here. Look out for the cards on our website this summer, we hope you love Sparky, who makes a glorious addition to the collection!